I’ve written many times about solving wordle. I still play wordle most days, but recently I’ve moved on to playing other daily games available on the NYT site, spellling bee and letter boxed. So let’s solve those too. 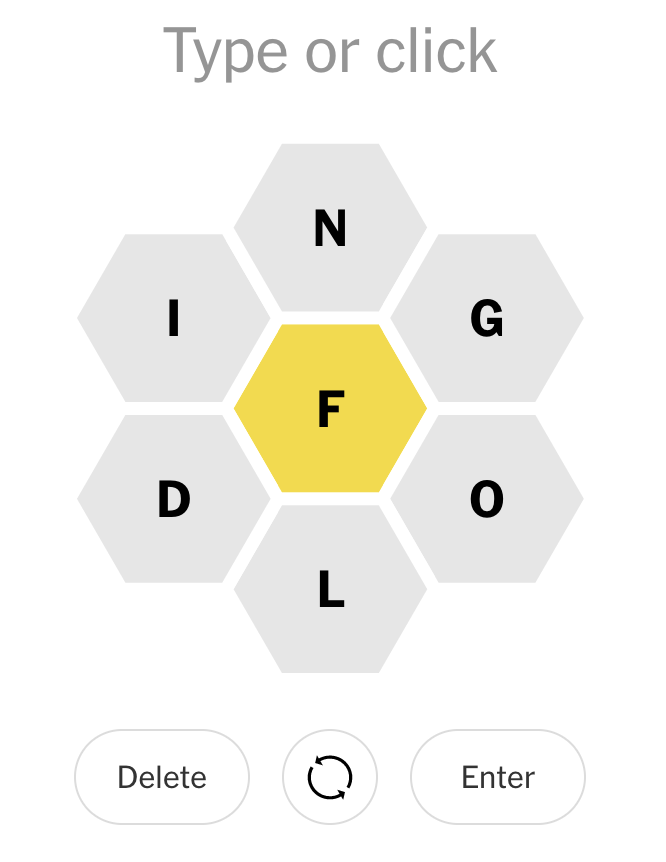 Spelling bee is just about spelling as many words as you can, but they all have to inclue the central letter. The ideal is to get a pangram, i.e. a word that includes all the available letters.

Here’s a regular expression that will find all possible solutions to spelling bee, assuming clhawbe are the available letters and a is the mandatory letter:

This doesn’t solve the pangram but it should be clear how to extend to solve for that. 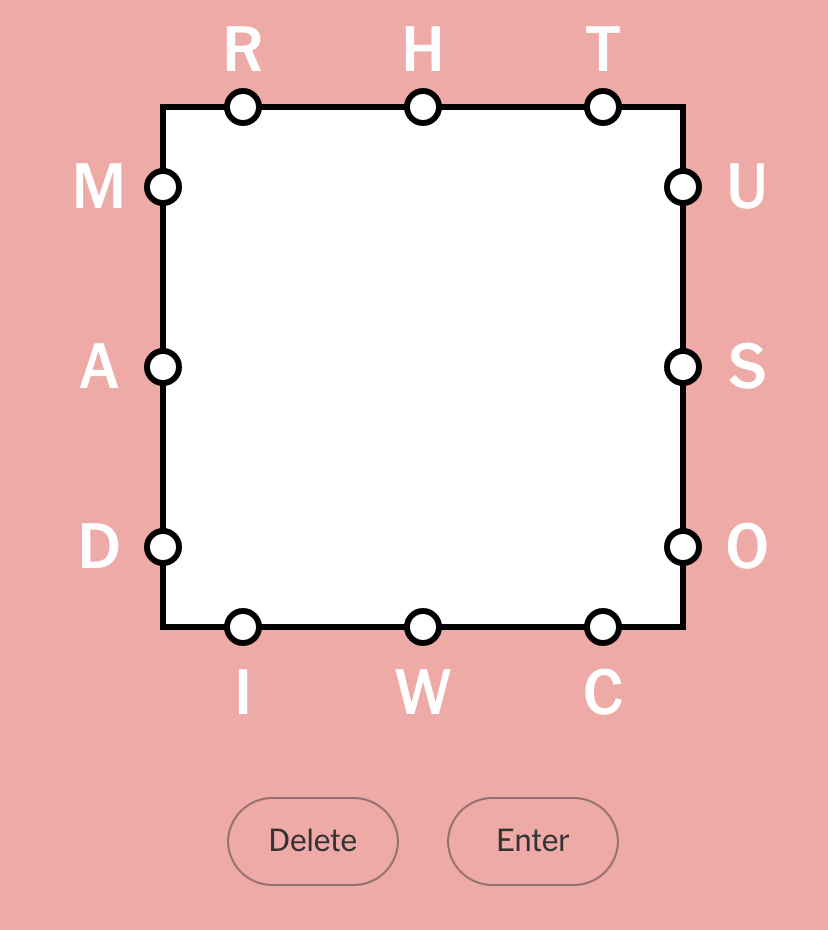 Letter boxed is played on a box with three letters on each side. The aim is to spell words that use up all the letters within five turns, but you cannot use two consecutive letters from the same side of the square. And each new word must start with the final letter of the previous word. Here’s a python that gives all the words you can spell. First, we’ll set up the dictionary and the letters we have to work with:

Here’s the function that can determine whether a word can be spelled given the rules of the game:

Ages ago I was talking programming with some colleagues. One mentioned having trouble thinking about how to write recursive functions. A second co-worker recounted something one of his professors had told him:

The trick to writing recursive functions is to write it like it’s already been written.

I love that expression.

Anyways, here’s iterating through the dictionary to find the words you can spell:

I didn’t bother extending this to finding which groups of words can solve letter boxed in a given number of turns, or the least number of turns but it should be very doable from here.